A subdued bitcoin sees its value at $29.2k after trading around the $30k mark for the week.

A subdued bitcoin sees its value at $29.2k after trading around the $30k mark for the week. The Crypto Fear & Greed Index, a measure of investor sentiment, classifies the market as deep within the Extreme Fear zone – slightly up from last week's near-3-year low. Investor outlook continues to be heavily influenced by the Fed's efforts to curb inflation. As a result, there is much anticipation ahead of May's inflation figures, set to be released by the BLS on June 10th, and the next meeting of the FOMC (the Fed's monetary policy committee) on June 14-15th. While the combined fears over inflation, monetary policy tightening and possible recession weighs heavy in the minds of most investors, some are assessing the opportunity to buy the dip. A growing number suspect the market has priced in excessively bleak expectations.

The 14-day moving average network hashrate is down week-on-week to 216 EH/s. With it comes difficulty, expected to fall 3.3% tomorrow, for what is set to be the biggest negative adjustment since the aftermath of the Chinese mining ban in July of last year. This will provide some relief against a depressed hash price, currently languishing around the $0.12 mark. It is likely that this depressed hash price is responsible for the fall in network hashrate, as declining mining profitability tests the economic viability of many older-generation models – models that make up a surprisingly large portion of the network.

On Sunday, the bitcoin community celebrated Pizza Day, the anniversary of the infamous 10,000 BTC purchase of two pizzas by Laszlo Hanyecz back in 2010, what is ultimately a celebration of bitcoin mining’s progression. As bitcoin miners reflect on the past, today's hash price may prove an early indicator of the industry's future. Capital continues to flood the sector, driving network hashrate growth and inflating difficulty at a rate with which bitcoin will struggle to keep pace – under the current bitcoin market outlook, hash price is only trending one way. Efficient miners are becoming ever more important. 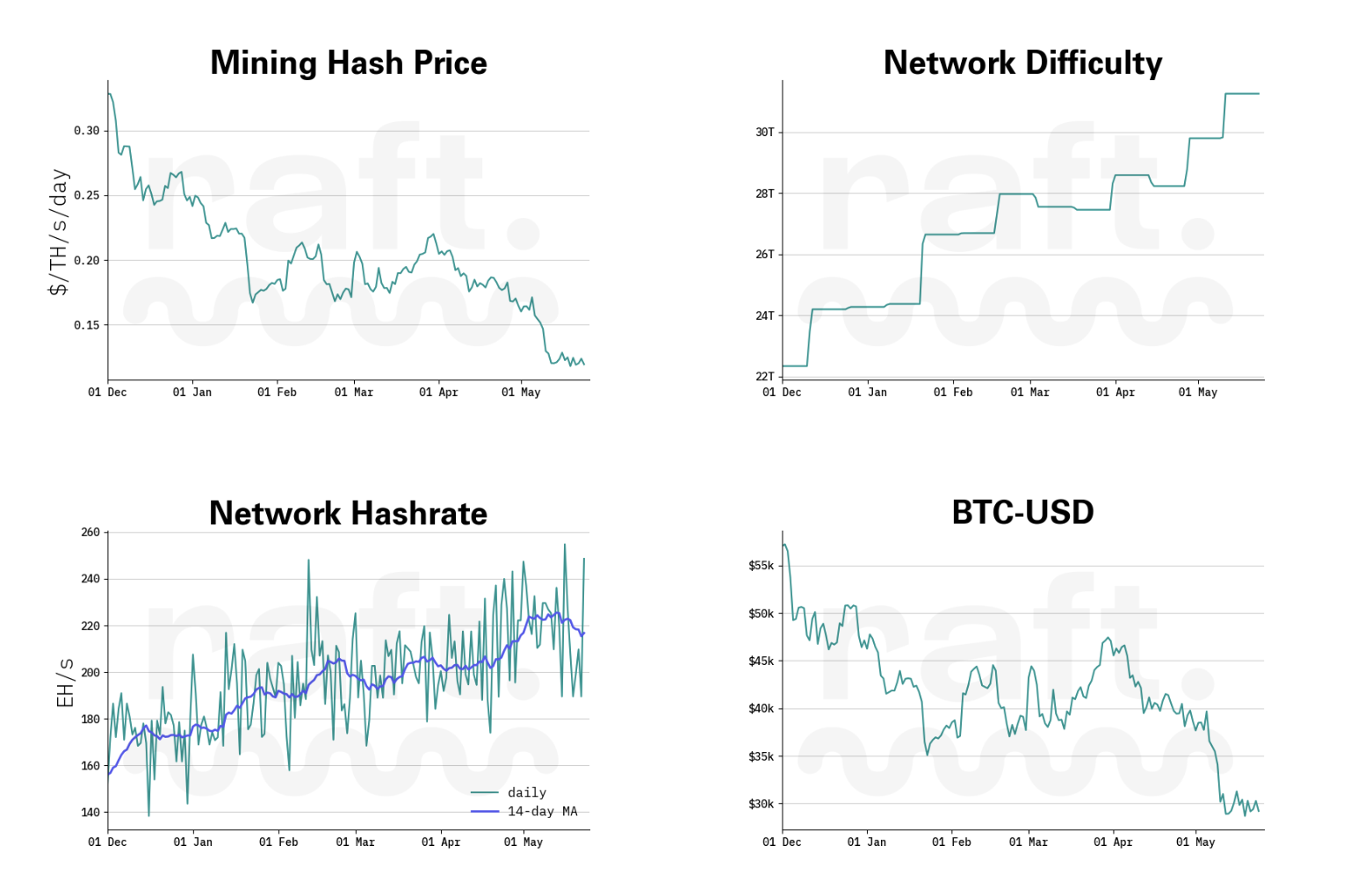