Having reversed late-February's slide the week before last, bitcoin has reversed that reversal this week. The token is currently trading hands at $38.8k, down 11% week-on-week. It's back to the script for bitcoin as the cryptocurrency is dragged into the general risk-on asset narrative once more. Price moves have followed the Nasdaq 100, whose value has slipped over 7% since last Thursday as the war in Ukraine drags on.

Sanctions are causing some serious commodity price spikes: wheat, whose first and fifth biggest producers are Russia and Ukraine, is up to an all-time high. Today nickel prices soared 100s of percent on the London Metal Exchange before trading was halted entirely. The spectre of supply-side shocks marks a compelling distinction between traditional physical commodities and so-called digital commodities, as bitcoin is often touted to be.

14-day average network hashrate is down to 195 EH/s and with it, network difficulty experienced its first decline since November 2021 — a 1.5% decrease to 27.6T - likely due to the fallout from the war in Ukraine and the toughening stance on cryptomining in Kazakhstan. Rising wholesale energy prices are propagating through to some miners and, as a result, many previously-financially-viable old-gen machines may be coming offline. A difficulty decline is a welcome relief for miners, keeping hash price at $0.18, just above recent lows. Happy mining! 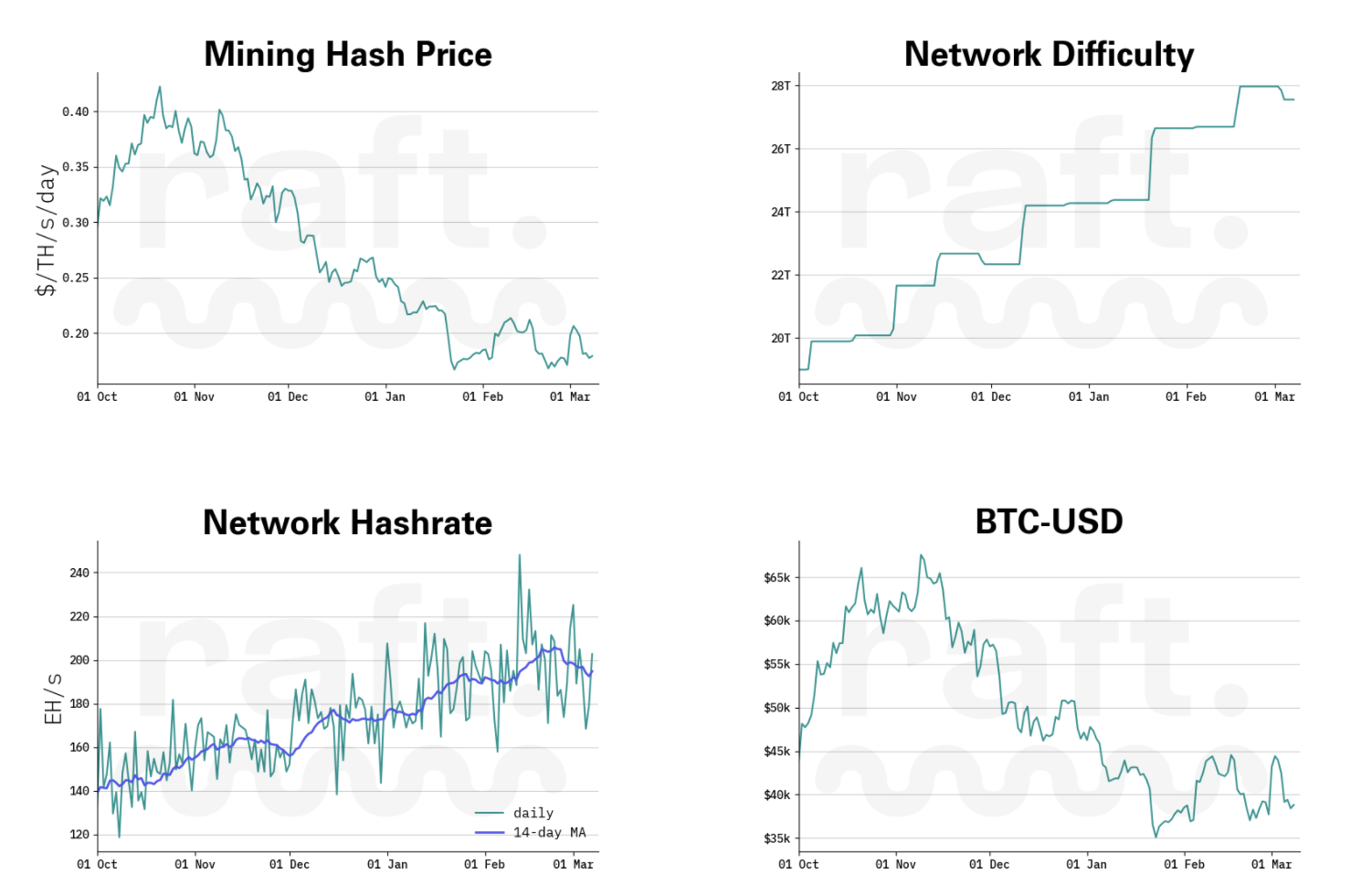