Bitcoin is down 6% over the past 24 hours resting at $29.5k, though comfortably within the $28-32k trading range it has spent much of the past month at. Yesterday evening's sharp decline mirrored that of Wednesday last week as hard-fought positive momentum was halted. BTC price volatility is low at the moment: the relative calm reflects uncertainty in the mid-term economic outlook, and many investors are intently awaiting Friday's CPI release. Higher than expected inflation may continue to force the Fed's hand into cooling the economy and, with it, investors' risk appetites.

The 14-day moving average network hashrate is 213 EH/s, up slightly from last week's 210 EH/s, though down from early-May's high. Difficulty is expected to be adjusted down to 29.8T from 29.9T, marking successive declines. Following subdued price action, hash price has also remained within a tight range for the past few weeks, and stands currently at $0.125. Last week, New York State Legislature passed a bill imposing a 2-year freeze on new fossil-fuelled bitcoin mining operations. The freeze is, at least in part, a reaction to mining-led recommissioning of previously decommissioned carbon-based power plants, as had occurred previously in NY state. Opponents of the bill point to the motivation behind the legislature as being yet more naïve criticism of PoW mining — a debate that is more nuanced than appears on the surface. Happy mining! 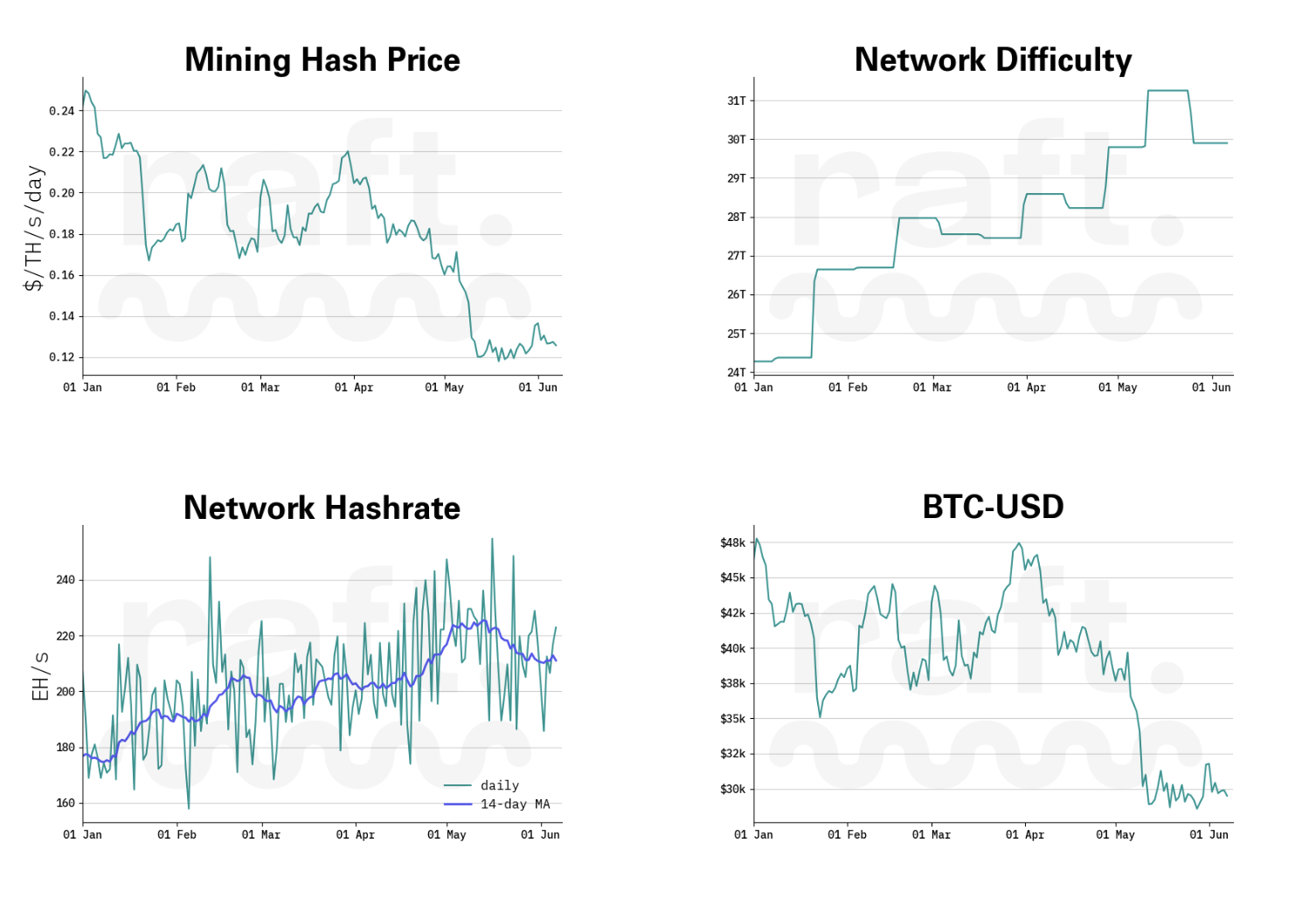