Many fear that even following large corrections over the past month, risk assets are still overpriced and sliding stock markets will likely drag crypto down with them.

Bitcoin had a difficult end to last week, tumbling 23% from $43k on Thursday to just above $33k early yesterday, before rebounding slightly today to $36.5k. This low marks a more-than-50% drawdown from November’s all-time high. So, what’s gone wrong? 2021’s crypto bull market was driven largely by an influx of money from institutions. Facilitated by cheap money from the U.S. Federal Reserve, investors took on more risk in search of better yields. As markets start adjusting to a post-stimulus era and the Fed looks to cool the economy in face of 40-year high inflation, many of the inflows are starting to reverse. Many fear that even following large corrections over the past month, risk assets are still overpriced and sliding stock markets will likely drag crypto down with them.

Despite turmoil in the markets, the bitcoin network continues to fire. 14-day average network hash rate is at a new 193 EH/s all-time high and looks set to keep increasing as increasingly large hardware orders are fulfilled for the big U.S.-based miners. Difficulty hit a record 26.6T last week, up 9.3% for the biggest single adjustment since August last year. Hash price is down 23% on last week to $0.17 — the lowest it’s been since 2020 — as bearish markets and record difficulty weigh heavy on bitcoin miners.

In other news, Intel announced their first foray into ASIC production last week. The semiconductor giant will provide welcome competition to the sector's existing players — SMIC, TSMC and Samsung — as global microchip shortages have put a squeeze on mining hardware supply during COVID. While each of the incumbents has expansion plans beyond Intel’s, including new fabrication plants in the U.S. for TSMC and Samsung, these plans are not expected to start affecting supply until at least late this year. A reliable hardware supplier is invaluable. Happy mining! 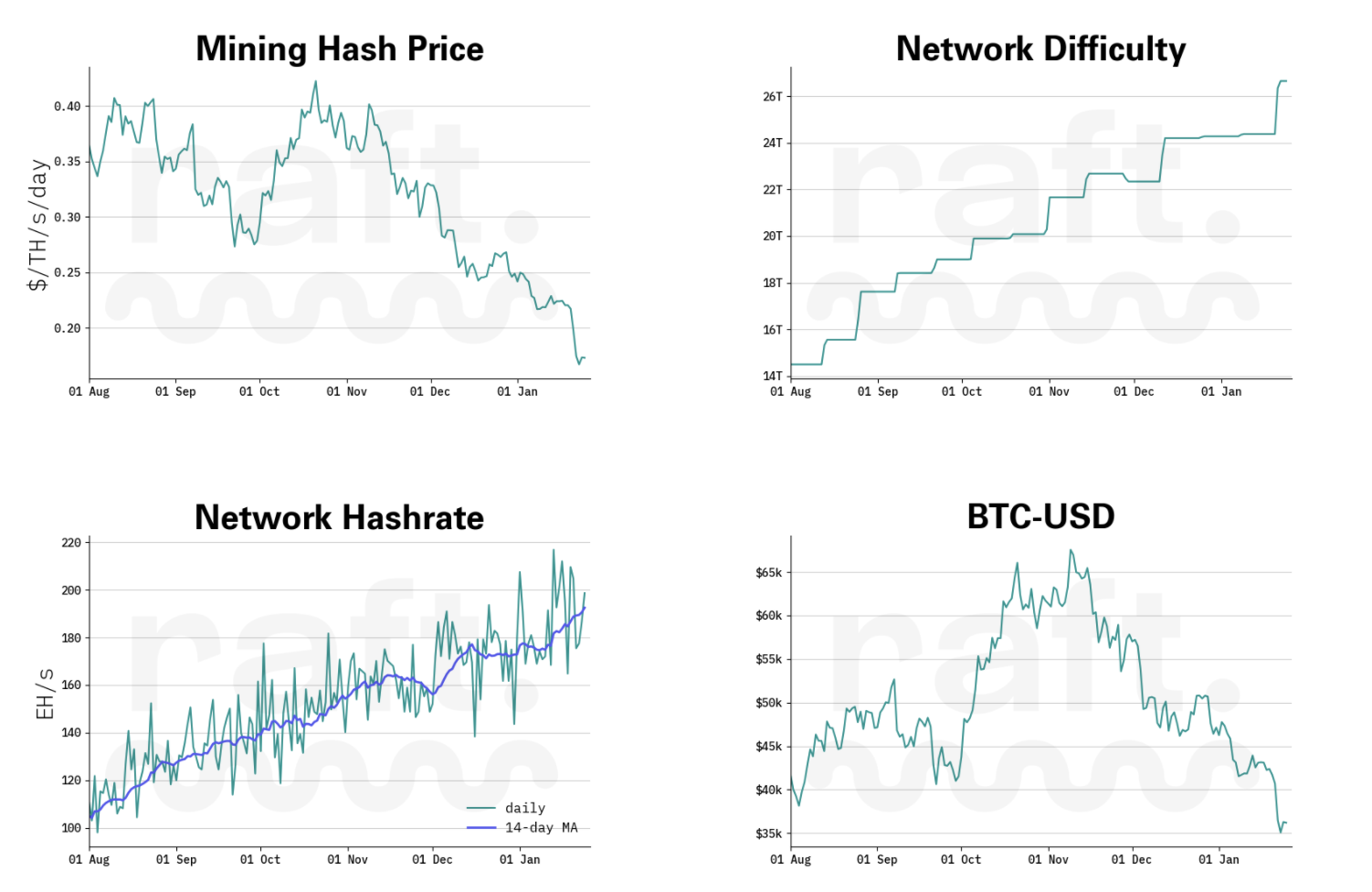