Markets have been subdued of late and all eyes are currently on the Fed in anticipation of 2022's first rate hike, 25 basis points expected, set to be announced in Wednesday's meeting.

Other than a brief threat of a breakout mid-last week — a classic Bart Simpson pattern according to the technical analysts — bitcoin price has been uncharacteristically stable, sticking close to the $39k mark. At the time of writing, it was valued at $38.8k — the same as this time last week. Markets have been subdued of late and all eyes are currently on the Fed in anticipation of 2022's first rate hike, 25 basis points expected, set to be announced in Wednesday's meeting. What investors are less confident about is what happens next.

7-day average network hashrate rose slightly over last week to 199 EH/s. Difficulty is unchanged at 27.4T but as things stand forecasts point to a small 0.4% downwards adjustment on Thursday. Following early March's –1.5% adjustment, this will mark the second consecutive decrease — this hasn't happened since July 2021. Hash price is $0.17.

Earlier today the Kazakhstani government reported their latest efforts at cracking down on illegal cryptocurrency mining. Kazakhstan, one of the world's highest hashrate contributors, has grappled with electricity shortages for months — with some blame attributed to bitcoin mining. The government statement indicated that 106 separate mines were closed — many associated with prominent Kazakhstani businessmen — and 67,000 machines were seized with a reported value of $193m. Assuming the machines seized are a blend of models, including S7s, S9s and newer-gen machines, and that their mean hashrate is somewhere around the 40 TH/s mark, this corresponds to a total of around 2.5 EH/s. However, this would put their value at over 70 $/TH, so take these estimates with a pinch of salt. It's worth noting that, so far, the scale of these crackdowns does not necessarily explain the slowdown in network hashrate. 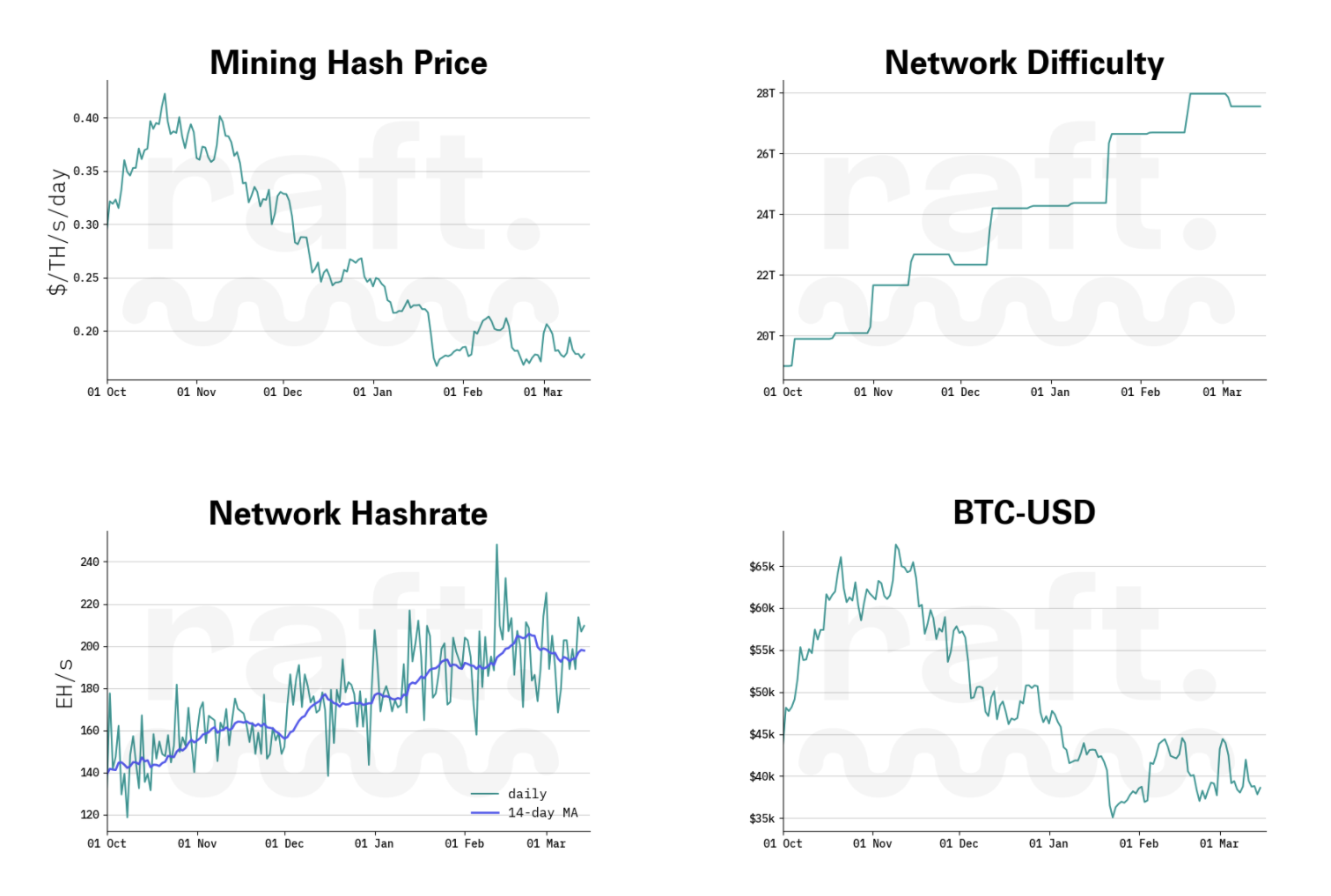