For residents of both Russia and Ukraine, switching savings into bitcoin is a quick and censorship-free means of preserving wealth.

In the past 24 hours BTC has reversed last week's slide, bouncing back 16% week-on-week to $43.8k. This move appears unrelated to the risk-on/risk-off narrative that has dominated crypto prices over the past few months. Most analysts instead attribute price appreciation to a significant spike in demand from bitcoin users in Russia and Ukraine. In the past week, the EU, US and other allies voted to eject some major Russian banks from the Swift international payments system and froze the Russian central bank's overseas reserves. The value of Russian debt and the Ruble plummeted, the latter by 25%, as markets digested the severity of these sanctions. For residents of both Russia and Ukraine, switching savings into bitcoin is a quick and censorship-free means of preserving wealth.

The 7-day mean network hashrate is down under 200 EH/s. Difficulty, currently unchanged from last week's 28.0T, looks set to be adjusted down 1% to 27.6T — this will mark the first decrease since November 2021. This spells good news for hash price, currently hovering around the $0.20 mark and up 17% week-on-week.

So why is network hashrate stalling? There have been a number of local political, and geopolitical, developments curtailing bitcoin mining of late. Increasingly crypto-skeptic policy in Kazakhstan culminating in the shutdown of 13 illegal cryptomining operations last week, constituting 202 MW-worth of hardware. This is in addition to the increasing difficulties faced by miners in Ukraine and Russia. These developments reinforce the importance of stable policy regimes in the minds of industrial-scale miners — many of whom gambled on cheap power in the likes of Kazakhstan following the China cryptomining ban. The US is seeming an ever-safer bet. Happy mining! 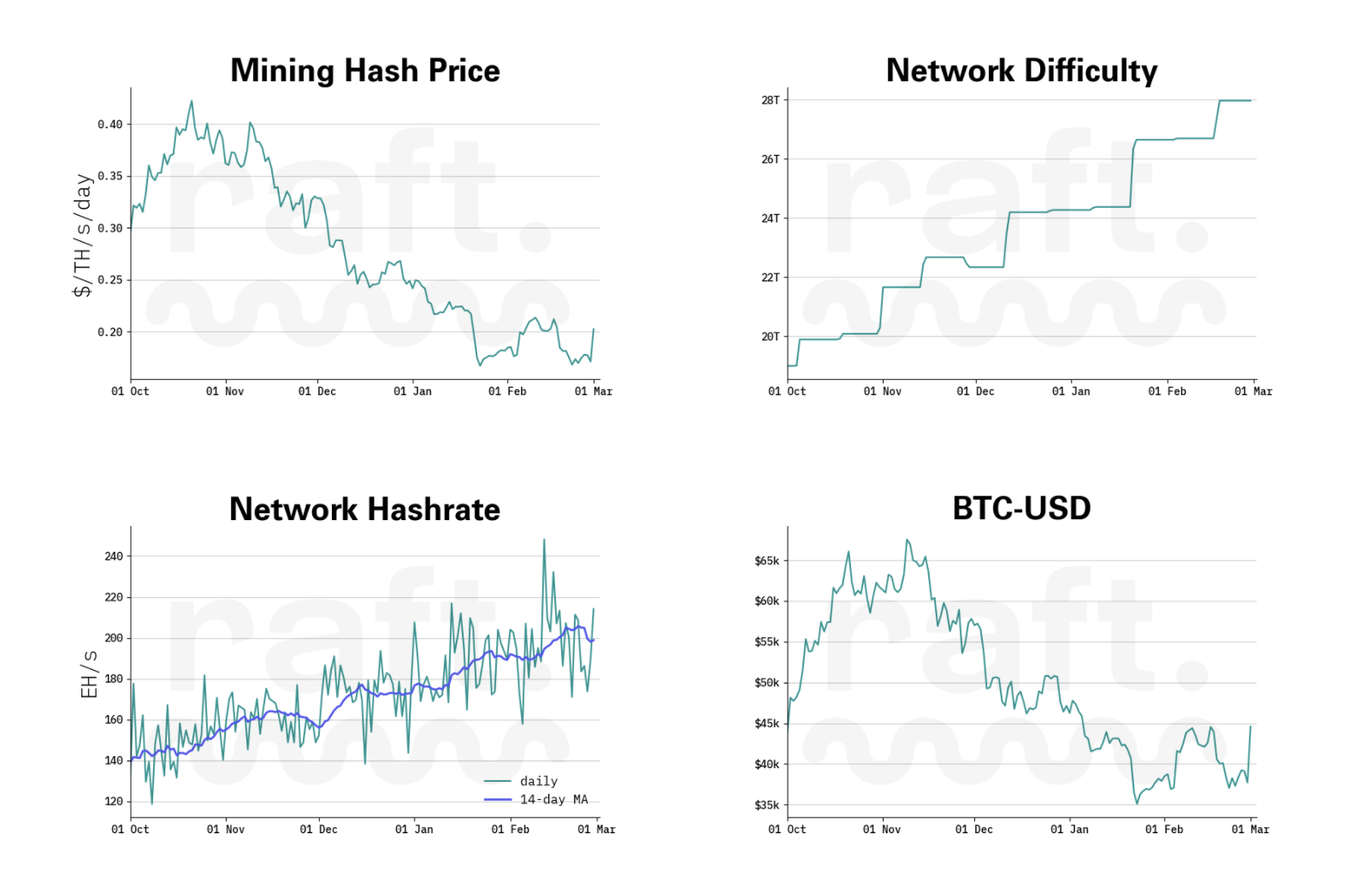