Bitcoin price reached $24k last week for the first time since mid-July, following two weeks of slow-but-steady momentum. The cryptocurrency was unable to hold this value for long as widespread uncertainty set in across markets ahead of the in-session FOMC monetary policy meeting. Most commentators expect a rate hike of 75 basis points — some suspect it could be as high as 100 — although what may prove more interesting is the tone of the commentary. Economists and traders are split over the Fed's most likely mid-term monetary policy course: some economists argue that an economy in better health than previously feared should give the Fed runway to continue countering inflation; traders, on the other hand, are already beginning to price in rate cuts as soon as early 2023.

Much of the US has experienced unusually high temperatures in the past few weeks — these are expected to remain throughout August. Texas in particular is braced against a heatwave that's helping challenge for the state's record hottest summer. The resulting high grid demand for energy is forcing some miners to curtail operations in reaction to high power prices and as part of demand-response schemes. In some places, miners were forced to ramp down to protect equipment as temperatures hit as high as 115°F (46°C).

Texas represents a large proportion of the Bitcoin Network and, consequently, the 14-day moving average hashrate has slowed to 196 EH/s, 13% off its all-time high. Difficulty was adjusted down by 5%, the largest single negative change since last July, to 27.7T. This is to the benefit of mining profitability, with hash price briefly reclaiming $0.10 before the past few days' BTC price slide. 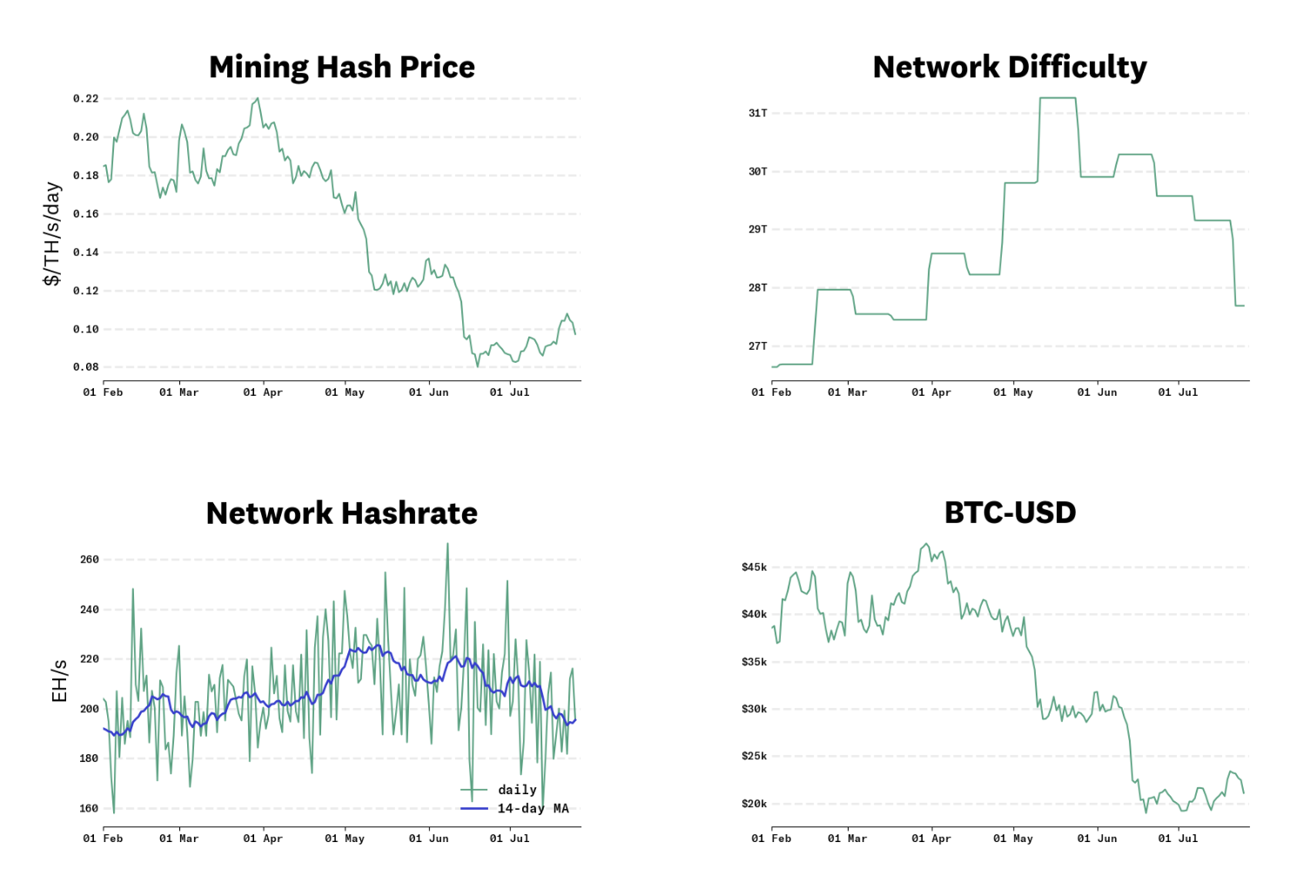