Risk assets are down across the board as the fears held by many geopolitical commentators edge closer to reality.

Bitcoin is down 15% week-on-week to $37.6k as crypto markets react adversely to developments in Ukraine. Risk assets are down across the board as the fears held by many geopolitical commentators edge closer to reality: Vladimir Putin yesterday ordered Russian troops into ‘break-away’ regions of Eastern Ukraine on ‘peacekeeping duties’. Global panic has pushed capital into safe-haven assets and prompted 8-month highs in gold and other steady commodities. This is a stark reminder to investors that bitcoin has a long way to go until the market treats it as a safe-haven commodity-like asset class, with many players continuing to be deterred by its volatility.

Last week, the 14-day mean network hashrate hit a fresh all-time high 205 EH/s as industry-scale mining operations continue to expand in the US. Difficulty was adjusted up on Thursday to 28.0T, with early signs indicating another 7th-straight increase scheduled sometime next week. With BTC backtracking on its early February rally, hash price has slipped down to the $0.17 mark.

In other industry news, Intel unveiled their first entrant into the PoW-mining arena, the Bonanza Mine 1 (BMZ1). The announcement made at the International Solid State Circuits Conference detailed its performance specifications: the model is set to hash at 40 TH/s with a power draw of 3600W, figures dwarfed by the capabilities of current models on the market from the likes of Bitmain and MicroBT. This disappointment comes alongside a steep 5% slide in Intel's share price over the weekend, as the company's "2022 and long-term growth strategy" was poorly received by analysts. There is hope for the semiconductor giant yet, as all eyes turn to their second-gen machine, the BZM2, with huge orders already placed by customers like GRIID, BLOCK and Argo. We expect more concrete performance details to be announced by Intel as the conference continues this week — stay tuned.

For a comprehensive view on the hardware market, including how Intel's plans fit into the bigger picture, read our in-depth top-down market analysis here. 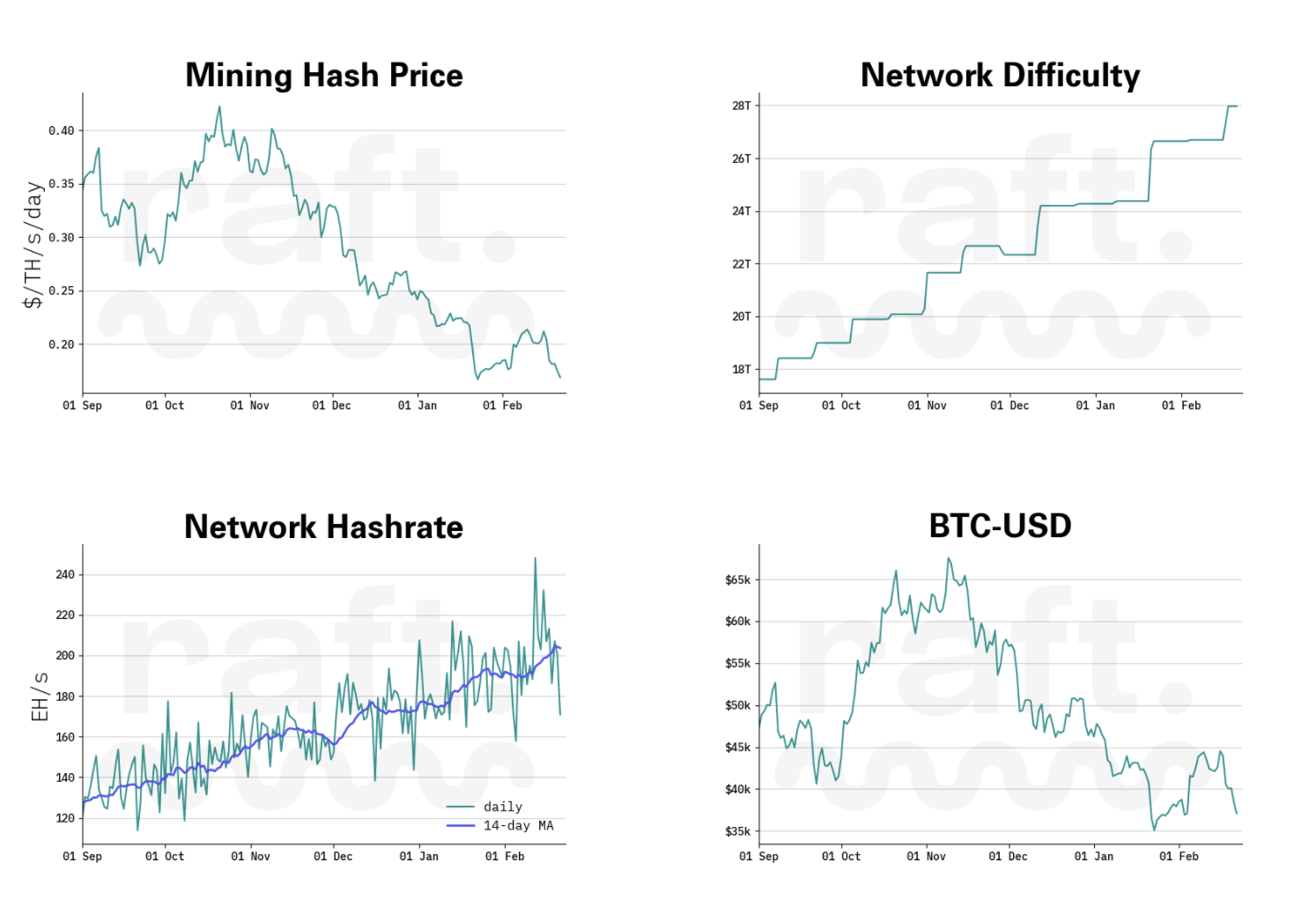