Currently trading at $38.5k, BTC has spent most of the past 7 days within the $38-40k range. This subdued activity is in line with stocks: bitcoin continues to track other risk assets' responses to global macroeconomic developments.

In contrast to markets, the bitcoin network is firing. 14-day moving average network hashrate is up to 220 EH/s – a new all-time high – just as some analysts suspected network size may be plateauing. A growth likely attributable to further waves of institutional-scale mining operations coming online, particularly in the US. As a result, network difficulty was adjusted up 5.6% last week to an all-time high of 29.8T and is set for a further 5% increase next week.

Both price and difficulty have combined to depress hash price to levels not seen since late-2020, falling as low as $0.161 earlier this week. Mining revenue needs a significant price boost to return to anything like the levels that miners became accustomed to over the course of last year's vintage conditions.

In other news, the Bitcoin Mining Council, an advocacy forum made up of the industry's largest players, released their Q1 report on bitcoin mining sustainability. Their survey-based findings indicate the industry is using 58.4% renewable energy, a 59% year-on-year increase. These findings have been relayed in an open letter to the EPA signed by some of the biggest names in bitcoin, including Michael Saylor and Jack Dorsey, in an effort to provide balance to the often one-sided debate surrounding PoW-mining's environmental impact. Happy mining! 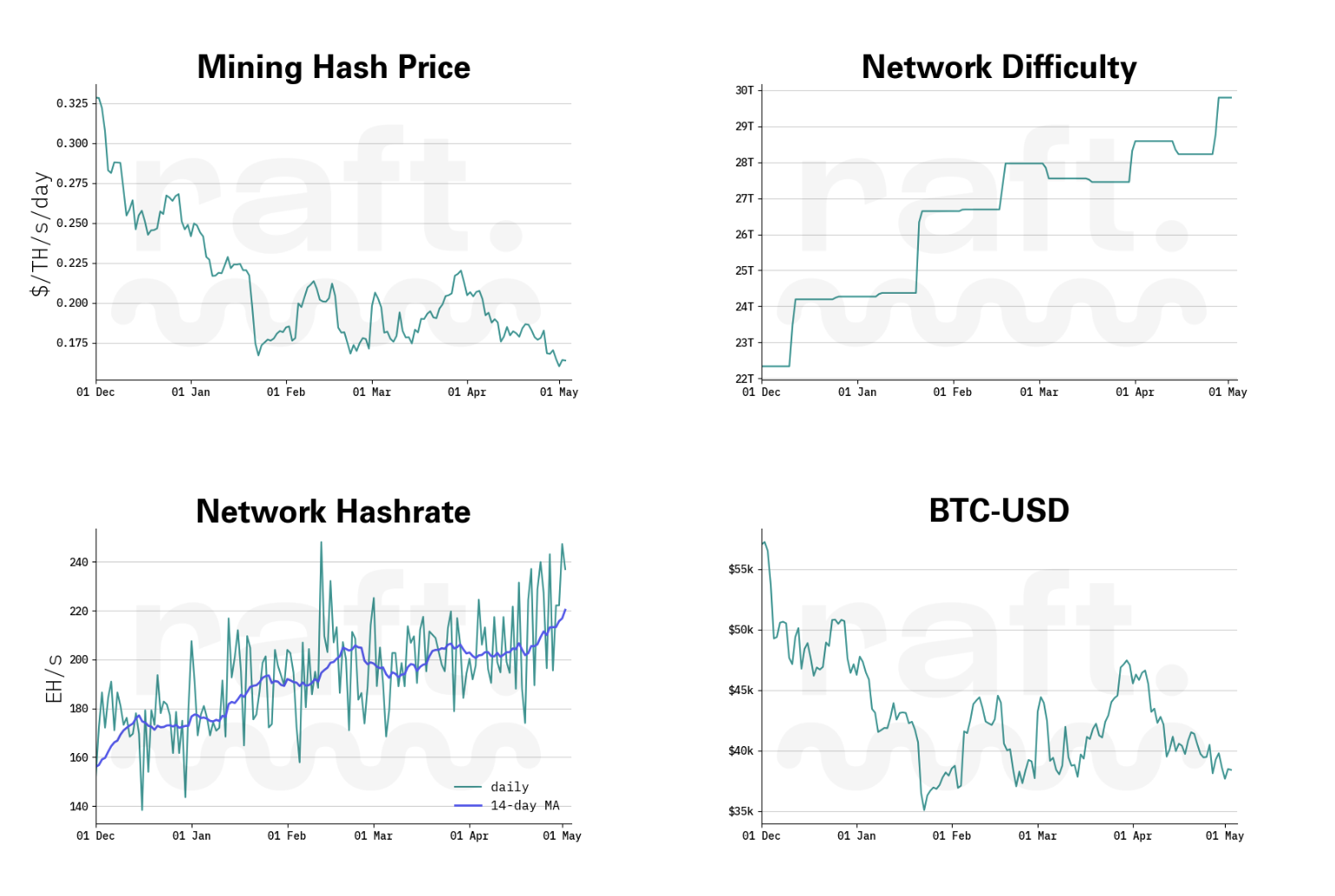