Bitcoin has largely held firm this week, consolidating March's gains, and is currently trading hands at $46.6k, down a modest 2% week-on-week. Wider markets watch on as Russia braces itself against further looming economic sanctions in response to reports of war crimes in the Ukrainian city of Bucha. A growing number of European leaders have called for a halt on imports of Russian oil and coal, with some, including the German finance minister, advocating for a halt on gas imports too. Some European countries, Germany foremost, are still heavily reliant on Russian gas. Investors' risk appetites seem to have settled into the now 5-week-old conflict — the prospect of renewed sanctions and commodity price uncertainty is doing little to dampen momentum in both stock and crypto markets.

14-day moving average hashrate is down slightly over the past 7 days to 201 EH/s. Hashrate has not grown at the rate many expected as supply chain disruptions continue to hinder access to mining hardware. The ambitious expansion projects of the big US-based bitcoin miners are nearing completion - but some report waiting on delayed hardware orders. Shanghai has entered an indefinite lockdown as the city detected 13,000 cases of COVID-19 (roughly the same as New York, a city with roughly 1/3rd of Shanghai's 25m population), a development likely to hinder supply chains further. Over the past few years, Bitmain has shifted most of its manufacturing out of China and into surrounding Southeast Asia.

Difficulty went up 4.1% last week to 28.6T, although it is currently on track to retrace slightly upon mid-next week's adjustment. This increase has somewhat stalled the progress of hash price, currently valued just over $0.20 — half November's $0.40-high. 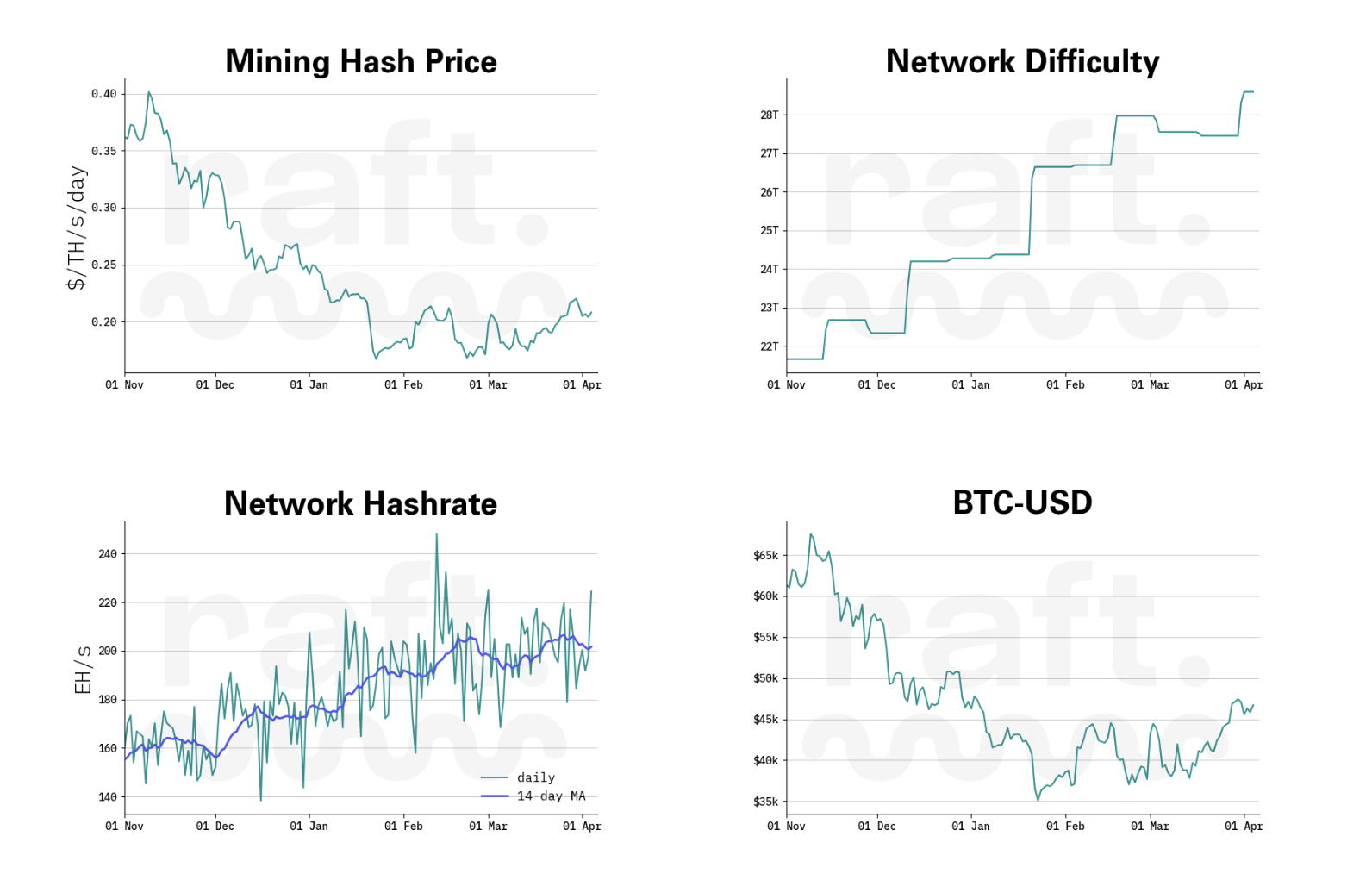